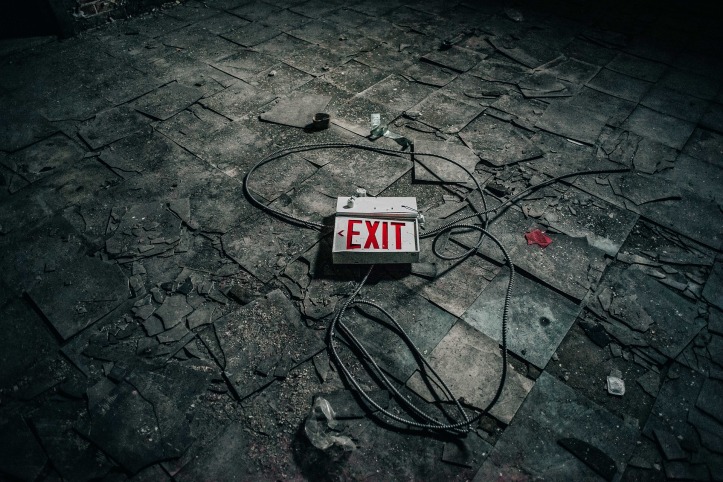 Last Easter I was made redundant. It was a bit shit.
I’d only been back in work 8 weeks after being made redundant at Christmas.
Welcome to my Easter Redundancy Diary – I’m Hopping Mad!
Echoing my Christmas Redundancy Diary, this was how I coped at the time. I used my personal Facebook page to vent my spleen and pour out my bitterness so that it didn’t corrode me from the inside out.

If you were kind enough to read Chapter One, you may have gasped at my slightly distressing news that I was facing my second redundancy in the space of 14 weeks.

This time last year, there were rumblings that something was indeed very rotten in the state of our 2 shops. Rumours of our sister store closing. With NO confirmation, reassurance or anything resembling a human touch from our superiors, we were all left in a state of uncertainty. It was a very surreal couple of days.

The rumblings started on the Wednesday, they got louder without conclusion on the Thursday, so I looked forward to some respite from the office politics on my day off on the Friday.

My phone rang. It was my manager.

My Chapter One post recounts the imagined conversation that took place in Head Office as they toyed with our lives and how to proceed with the ‘too late to do anything about it now‘ relocation of our sister store. But I didn’t make it up, it’s what unfolded.

My manager apologised for ringing on my day off, but it was important. She told me to take a deep breath. Head Office had in fact decided to close our sister store. But it was the staff at our store that were to be made redundant. My deep breath turned into hyperventilation. My face was wet. Tears? Sweat? I suspected both. The other store was the original and the staff longer-serving, so from a company perspective it was ‘last in, first out’.

As it turned out, the way my rota worked over the next few days, I’d unwittingly already worked my last shift. Which hit me like a brick. After the stormy waters I’d been through and thinking that the seas were now calming, I felt like I suddenly had a Kraken to fight and I didn’t know where I’d muster the energy from. It was a good job there was nothing else stressful going on in my life such as….oh, I don’t know…….BUYING A HOUSE!

So, Day Two was Groundhog Day. It was all a repeat. But not a good one like the episode of Friends where Ross tries to act cool about Rachel & Joey and gets really drunk hosting a dinner party. It’s a rubbish repeat like those garden makeover shows where they ‘juxtapose’ stuff and ‘bring the whole look together’ by just painting everything blue.

We were told that we’d be paid a week in lieu of notice. Having been there such a short time, there was no other support or recompense. But nobody was available to give us exactly what or exactly when details. I just knew enough that my time there was done. And that great British Institution ‘The Department for Work & Pensions‘ wouldn’t be any help as having been ‘on their books’ so recently, I wasn’t eligible for any more financial assistance. I couldn’t decide if that was a cloud or a silver lining.

So, I was back to not knowing when the first day of the rest of my life was, due to no-one having the chuffing decency and professionalism to tell us when the current chapter was actually ending. But despite the limbo, I had my pride (not so much dignity) and continued to demonstrate a degree of control. I also had my street-cred to think of, but to be fair that was superficial and only down to my owning a really cool pair of New Rock boots.

So, my actions were to remain within the realms of legality. With my hands tied (metaphorically, otherwise it’s hard to type), I fired off a strongly worded email to Human Resources and the Area Manager to request they buck up their ideas and inform us as to what was going on. Of course, what I really wanted to do was rub dog shit in their hair.

Two days later I was still awaiting a reply. But it was a busy sporting weekend, the weather had been lovely, and unlike me, I’m sure they had better and more fun things to do than sit at home melting into a pool of hysteria, wondering where their next penny was coming from and looking for their validity to exist as a person. It was all I could do to summon the strength to wish their tits would shrivel up and drop off.

I was a tad upset.

Easter Redundancy Diary #3; is this a World Record?