Then There Was That Time…….We Had To Call The Rescue Helicopter 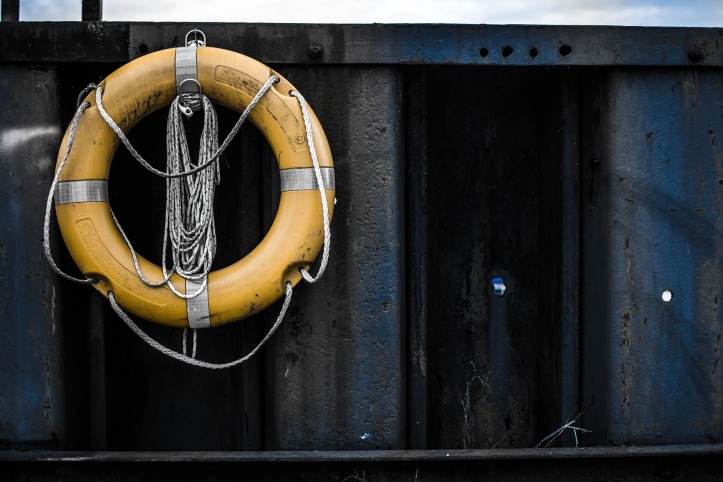 Continuing The Lockwood Echo’s series ‘Then there was that time…….’
All true anecdotes. Mostly highlighting my utter stupidity & world-class ineptitude.

This story however, falls in the ‘you couldn’t have written the script’ category. If it wasn’t so serious, it could most certainly be defined as a Comedy of Errors. And indeed, there are elements of this tale that we can laugh about. It is a tale of two camping trips. So as not to bore my readers with an unacceptedly super long post, we will start with Camping Trip One.

Buckle up. This is not for the faint-hearted…….

We like camping. We don’t go off into the wilderness. There are no backpacks involved. Everything but the kitchen sink into the boot/backseat/footwells/glovebox of the car and off we go to a bona fide campsite, with running water, showers and preferably a hairdryer. We don’t need a swimming pool or entertainment or a bar. Just somewhere where there are preferably no other people and a bottle bank for our empties.

A neighbour had very thoughtfully and kindly collected some vouchers for us to make a saving at a selection of campsites around the UK. Feeling somewhat obliged to the effort and kindness, we took a look at what was on offer. Most of the sites were of the holiday camp variety and, as per above, that wasn’t really our scene. But there was a delightful place with fishing lakes in the middle of Wales that looked perfect. On booking, it turns out the offer was somewhat misleading and quite wrongly advertised, a strongly worded email should’ve been sent, but we didn’t want to taint the holiday vibe or the gesture shown, and we felt sorry for the campsite owners who had been put in a difficult position. So we booked at pretty much full price (on a site that we’d have ordinarily ruled out of our budget) and started to plan the trip.

The alarm bells should’ve already been ringing. We’d never have chosen somewhere so far away from the coast and we booked based on obligations. None of the following should’ve happened to us.

But the campsite was spot on. We were the only tent, barely saw another person and we had walks round the lakes, taking in sunsets and watching bats.

Our nearest coast was the pretty little town of Aberaeron. Famous for its honey ice-cream. A good enough reason for us to take the long drive to the seaside. It was the middle of the week and all was quiet. We found the honey ice-cream and strolled along the quayside enjoying our delicious treat.

As we took in the view, our eyes were drawn to a woman looking over the edge of the quay into the sea. She looked distressed. She was all alone and no-one else seemed to notice her anguish. We headed towards her and joined her as she stared down into the incoming tide.

There below us was her brother. Standing knee-deep in water that was red with his blood. He had a big gash on his head. He was incoherent and quite clearly in a bit of a pickle. No sooner had we taken in this scene, a woman from the nearby Tourist Information Office rushed towards us with a phone. She shouted at whoever was on the other end, ‘Here’s someone who knows more about what’s happened than me’, and thrust the phone to my partner who, like me, had absolutely no idea of what was going on. As we held each other’s paralysed and bewildered gaze, my chap realised he was speaking to the emergency services. His brain kicked in, he described the situation and was assured help had been dispatched.

It was at this moment we realised our honey ice-creams were surplus to the unfolding crisis, so in the bin they went.

I went into Mum Mode. And I’m not even a Mum. My man put his invisible cape on and went into Superhero Mode. Everything now happened very quickly, but every second felt like an hour.

The middle-aged brother and sister at the heart of this tale were on holiday. I took charge of sister. She told me her brother had been standing with his back to the sea near the edge of the quay and had taken a step back without looking. He had dropped upright, from a height of roughly 20ft, into the water below, shattering both his ankles. As he landed in the sea, he’d fallen forward and smacked his head on the quayside wall in front of him, resulting in a nasty wound to his forehead. Blood was gushing out of both ends of this poor man, it was a wonder he was still conscious.

As I was getting details of what happened, my Superhero had taken his socks and shoes off and climbed down a ladder to a boat launch ramp that led him down into the sea. Wading deeper into the waters, murky with blood, he looked to see if he could offer any immediate help, if only to hold the guy’s hand so he wasn’t alone. I summoned a blanket from the ‘nothing to do with us’ Tourist Office. The guy was shivering with cold and shock.

The Mum Not Mum in me established that the brother had a couple of pints of beer inside him, information I thought would be useful to the paramedics. As they were far from home, I asked where they were staying and was he on any medication that he may need with him once they got him to hospital. This poor woman was absolutely distraught. She was so worried what their Mum was going to say! She was cold, frightened, alone, and all I could do was put my arm round her, choke back my own tears and tell her it was all going to be ok.

A man hurtled towards us on a bicycle. The Harbour Master. I relayed the events thus far still with my Mum Not Mum hat firmly on my head. I assumed correctly that being the Harbour Master of a small seaside town, he was very well-known in the community. I detailed him off to get the brother’s medication and a coat for sister from their hotel room. I will argue to this day that he saluted and said ‘Aye Aye, Captain’.

Then an ambulance arrived.

Then a helicopter arrived.

Turning round to see the helicopter land on the beach on the opposite side to the action (as the action was now thigh-deep in sea water) I got my first view of what had been happening behind us. The whole town had turned up to watch. Somewhere in the middle of the madness the Fire Brigade had turned up too. As I scanned the scene before me, I saw what will remain one of the most surreal moments of that day. Getting down to the casualty and somehow manoeuvring him onto a stretcher was going to require a huge ladder and much manpower. And I didn’t know whether to laugh at the ridiculousness of it, or cry with pride, when I saw the Fire Brigade running as fast as they could across the beach carrying a gigantic ladder, and in the middle, helping to carry and running with them was my man. It was a scene from a film. But it wasn’t. It was actually happening and it was extraordinary, and scary, and very very bizarre!

The brother was flown to Swansea, the nearest hospital that could deal with the severity of his injuries. We offered to drive the sister to be with him. It would’ve been a 4 hour round trip, but we felt desperately sorry for her situation. Luckily the police worked out a plan to ‘relay’ her to Swansea by police car. She offered to replace our honey ice-creams. I thanked her but politely declined, feeling like I would never have an appetite to eat ever again. Just to confirm that feeling, a paramedic, assessing that I was central to the casualty’s party, handed me the bloodied trainers they’d managed to retrieve from the brother’s smashed feet.

Our journey back to camp was a quiet one. We never got to see the rest of the town. We weren’t convinced we would ever go back. My partner suffers from travel-sickness and in the following days he was so ill, we struggled to drive anywhere regardless of distance. We put it down to the shock, the distress and the half hour stood in another man’s blood in freezing sea water. It meant the rest of our holiday plans were thwarted. And because of it we naively booked ourselves up for a return trip to Wales, to a different campsite and a different series of unfortunate events.

Stay tuned for Camping Trip Two; Then There Was That Time We Woke Up To Floods